This is a Public Service Announcement for anyone living in Seattle, WA and the surrounding areas (including Everett).

Big John's PFI has 55 lb bags of Caputo Pizzeria Flour for around $45. They also sell it in bulk for $1 a lb. This is a waaaaay better bargain than what you can find online or in most stores.

They also sell Pivetti "Mimosa" Tipo 00 flour, which I know nothing about. But I got some, and will report back if I've got anything to say about it! (The Fresh Loaf has a comparison between the two if you'd like to hear about it from someone who knows what they are talking about).

CALL NOW AND YOU CAN ALSO RECEIVE:

Pendleton's Power Flour- a high gluten flour also in bulk. This I will also try.

And finally, here is a picture of a pig truck I saw parked outside Big John's PFI: 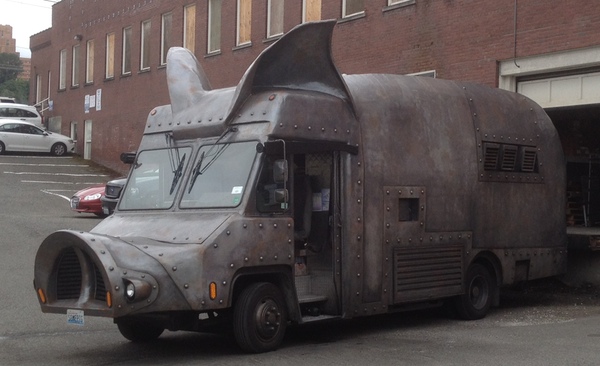